You are here:
NEWS 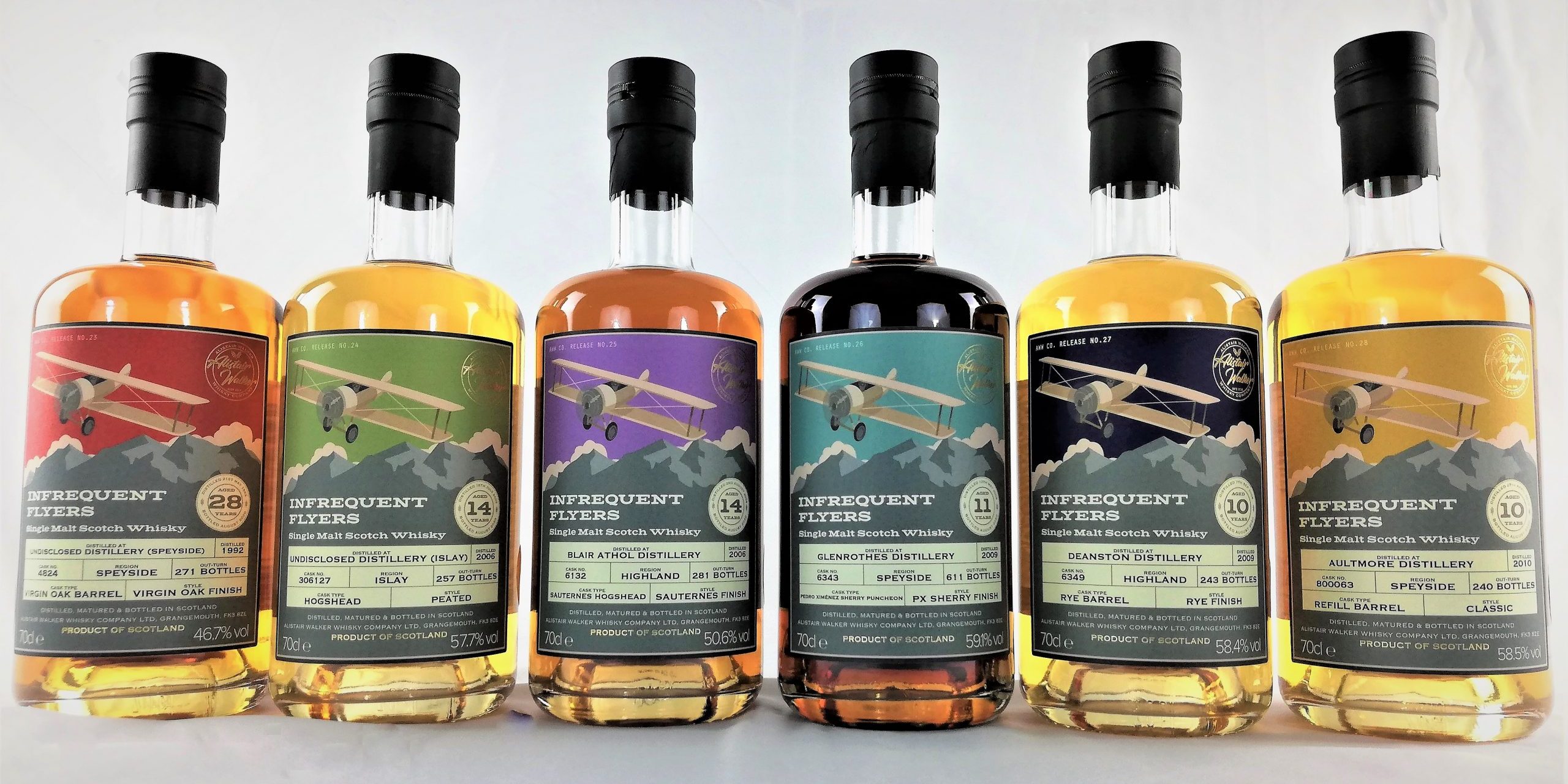 We are pleased to confirm the release of our latest batch of single cask bottlings, Infrequent Flyers Batch Four. Bottled during August, the line-up consists of the following six casks:

These are release numbers 23 through to 28, and this selection represents a nice mix of finishes and original casks, with four distilleries that are making their debut appearances in the Infrequent Flyers series – Blair Athol, Glenrothes, Deanston and Aultmore.

A wee snippet from the tasting notes as follows:

‘A lovely pleasant sweetness on the palate – butterscotch and custard creams in sync with the peaty, phenolic flavours.’

‘A very spicy dram, with big peppery overtones – quite zingy!’

1st UK Exclusive Infrequent Flyers Bottling
July 5, 2021
Go to Top
We use strictly necessary cookies on our website to give you the most relevant experience by remembering your preferences and to verify that you are of age to visit this site. Google Maps also set third party analytics cookies on Google Maps. To accept all cookies, Select 'Accept' or to manage your preferences, select 'Cookie Settings'.
Cookie settingsACCEPT
Cookie Preferences

This website uses necessary cookies to collect your preferences and verify your age to comply with our legal obligations.  As these cookies are considered to be strictly necessary for the website to function and to comply with our legal obligations the are always enabled.  You may be able to delete these cookies via your browser, however this is likely to affect the functionalities of the website.  Google also use non necessary cookies such as for Analytics as part of Google Maps.  For more information on cookies please see our cookie policy.
Necessary Always Enabled

Analytics cookies help to understand how visitors interact with a website and the number of visitors and how the use a site. They can help to improve a site and services. These cookies collect personally identifiable data.